Tournament? League? Live Event? Online or at a point of sale?

? You have a company and you are looking for an experienced and creative partner in the area of online events, esports events or live events?

:-)
g4l.eu - Tournaments and Leagues in the web or directly at POS 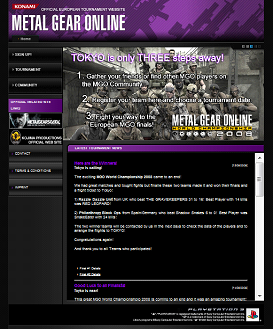 Contact us now. Just ask for our current company presentation.